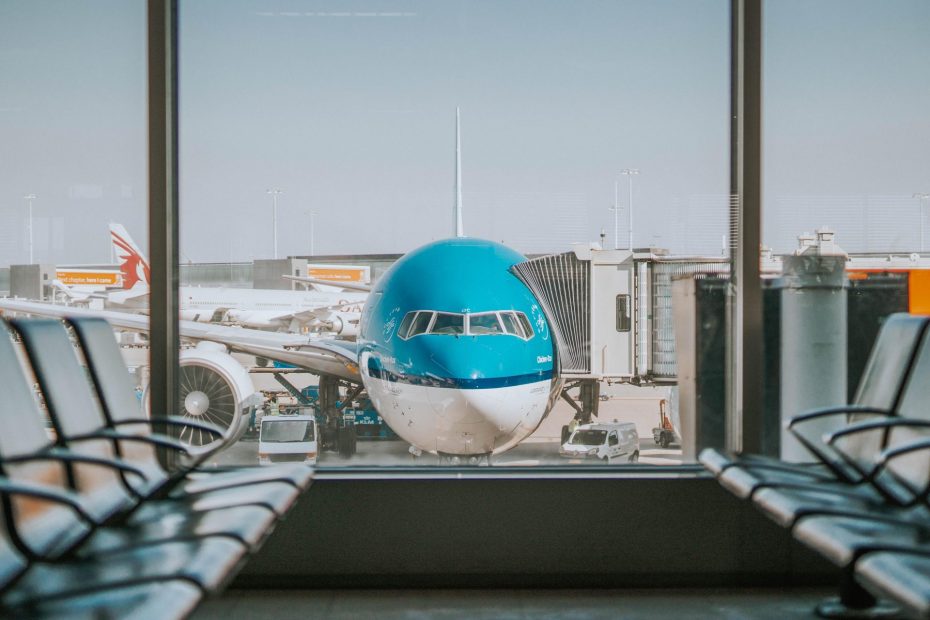 If you’re looking for a new frequent flyer scheme to join, the Air France/KLM Flying Blue program is undoubtedly a worthwhile option. With an extensive route network through Paris-Charles de Gaulle and Amsterdam-Schipol, the Flying Blue program offers accessible redemptions for flights to the Americas, Europe, and Africa. On this basis, here is a complete guide to the KLM Flying Blue Miles program.

What is the Air France – KLM Flying Blue Miles Program?

You can become a Flying Blue member right now by going to their website and signing up. It will take no more than five minutes, and you’ll be ready to earn miles.

Both airlines are part of the Sky Team alliance which also includes US carrier Delta, Mexican flag carrier AeroMexico, and many others.

As such, you can redeem your KLM air miles on all Sky Team airlines and book tickets for the alliance partners through the Flying Blue website.

Here is a breakdown of some of the best-valued Sky Team routes:

There are naturally many more routes, but these are some of the most popular ones.

As a rule of thumb, you’ll get the best Flying blue deals if you fly from one of the hub airports (Paris, Amsterdam, Atlanta, LAX, JFK) to other hub airports.

It’s also relatively easy to get connections to these hub airports from anywhere in Europe or the US via KLM air miles. Now you know which airlines are part of the Sky Team alliance, it’s time to start earning KLM air miles.

On this basis, here are some of the best ways to earn Flying Blue miles.

The easiest way to get Air France/KLM miles is by flying with Sky Team airlines. When you book your ticket, you simply enter your Flying Blue number and voilà. The airlines will automatically credit the miles to your Flying Blue account.

The catch is that it will take A LOT of flying to earn a significant amount of miles with this method.

As an example, if you fly from intercontinental four times in a year in economy, you’ll earn about 12-15k miles.

With these, you’ll be able to choose your seats in economy class for free or receive an award ticket for a very short flight (Amsterdam-Paris, for example).

The miles expire after two years. As such, if you only fly every 3-4 months with a Sky Team airline, you won’t get a lot out of your miles.

In this context, I recently flew from Amsterdam to São Paulo, and it cost me 20k miles to upgrade to “Economy Comfort” seats. These have more legroom and recline, but other than that, it’s still economy class. If you buy them without miles, they cost around 100€ for a 12h flight.

Considering how much flying it takes to earn 20k miles, it’s easy to see that flying alone isn’t the best method to amass KLM air miles. Depending on your financial situation – and your country of residence, earning miles with credit cards is a better option.

Flying Blue is part of the American Express Membership Rewards program. As such, you can transfer your miles from your credit card and use them for Flying Blue rewards.

If you live in the US, Flying Blue works with every major points currency such as Capital One, Citi, and Chase credit cards.

If you live in Europe, you can use the Flying Blue Mastercard. Different rules apply depending on your country of residence.

Many credit cards give you a sign-up bonus of 10-20k miles, already beating what you could earn annually as an average flyer.

Flying Blue partners with a host of companies, but one of the best ways to rack up miles is to use their hotel booking platform.

The nightly rates are generally a bit more expensive than on other booking sites, but you get a lot of miles in return.

As an example, I recently paid 80€ for a night in a 4-star hotel in Santo Domingo and got 2.4k miles. Getting that number of miles with a flight would cost you well over 300€.

Flying Blue also partners with Booking.com, but you only receive one mile per € spent. Compared to Turkish Airlines’ two miles per € spent on Booking.com, it’s not a recommendable option.

There are also deals through car rental companies, Marriott Bonvoy, and World of Hyatt, among others.

Having tried most of them, I believe that the most bang-for-your-bucks partnership is Flying Blue’s own hotel booking platform.

How to Buy Flying Blue Miles

Another way to earn Flying Blue miles is to buy them on the website.

They usually cost around 500€ for 20k miles. Some months, however, Flying Blue has promotions, and these can be interesting. You buy X amount of miles – and get 50%, 70%, or even 100% additional miles for free. Buying miles with the promotions in February 2022 / screenshot by author

I then used these 21k miles for a promotional Flying Blue award ticket from Amsterdam to Mexico City. I had to pay around 70€ in fees and taxes, but the ticket usually costs at least 600€, so it was great value.

Buying miles with promotions is a solid option.

Nevertheless, don’t buy miles to speculate because they might devaluate, and you never know how much your future ticket will cost in miles.

How to Value Flying Blue Miles

Using that valuation, we can do the calculation with my AMS-MEX reward ticket. The miles were worth 252€. As such, I paid around 322€ euros with taxes and fees. The regular cash price for the ticket was around 600€.

That makes it excellent value for money, even though I paid a bit more because I bought the miles in advance.

You reach these levels through Flying Blue XP points.

In simple terms, every time you fly, you earn XP points. The amount depends on your route and booking class.

Every level has different benefits. Silver, for example, gets one free checked bag on every flight, promotions on seat selections, and so on.

If you reach Silver (100 XP), you’ll keep the remaining points, but the Flying Blue XP points expire after one year. Your qualification is only valid for one year, so you need to fly enough within the next twelve months to keep your status. Now you know how to earn KLM air miles, it’s time to get to the fun part: spending them.

Spending your Air France/KLM miles on a Flying Blue award ticket is undoubtedly the best way to redeem them.

I previously mentioned my Amsterdam – Mexico City award ticket, but there are many other top-notch flights deals.

Always check the Flying Blue website for award promotions. Many destinations (often in North America) will have promotional offers where you can fly long-haul business class for as little as 40k miles.

You always have to pay the taxes and fees extra, but these deals are still excellent value.

There are two caveats to mention: You can also use your Flying Blue miles on their bespoke hotel booking platform.

In general, you won’t get super-cheap rates on luxury hotels, but it’s relatively simple to get a room upgrade or free breakfast.

I don’t think it’s a great way to spend your Flying Blue miles, but it’s an option if you have some miles lying around that are about to expire.

Another popular method to spend your miles is to upgrade your booking class. On short-haul flights, upgrades cost between 20k-30k miles. It’s not challenging to upgrade these, but then short-haul business class isn’t that much different from economy these days.

If your goal is to fly business on the cheap with Sky Team airlines, award tickets are usually a better option.

Other Flying Blue Rewards and Transfers

You can also redeem your miles in Flying Blue’s online shop selling all sorts of travel gear or with car rental partner companies.

Finally, you can also donate miles to charity or transfer them to another Flying Blue member.

It’s arguably the best program within the Sky Team alliance – and works especially well in Europe and the Americas.

To conclude this guide, here are the points to remember: 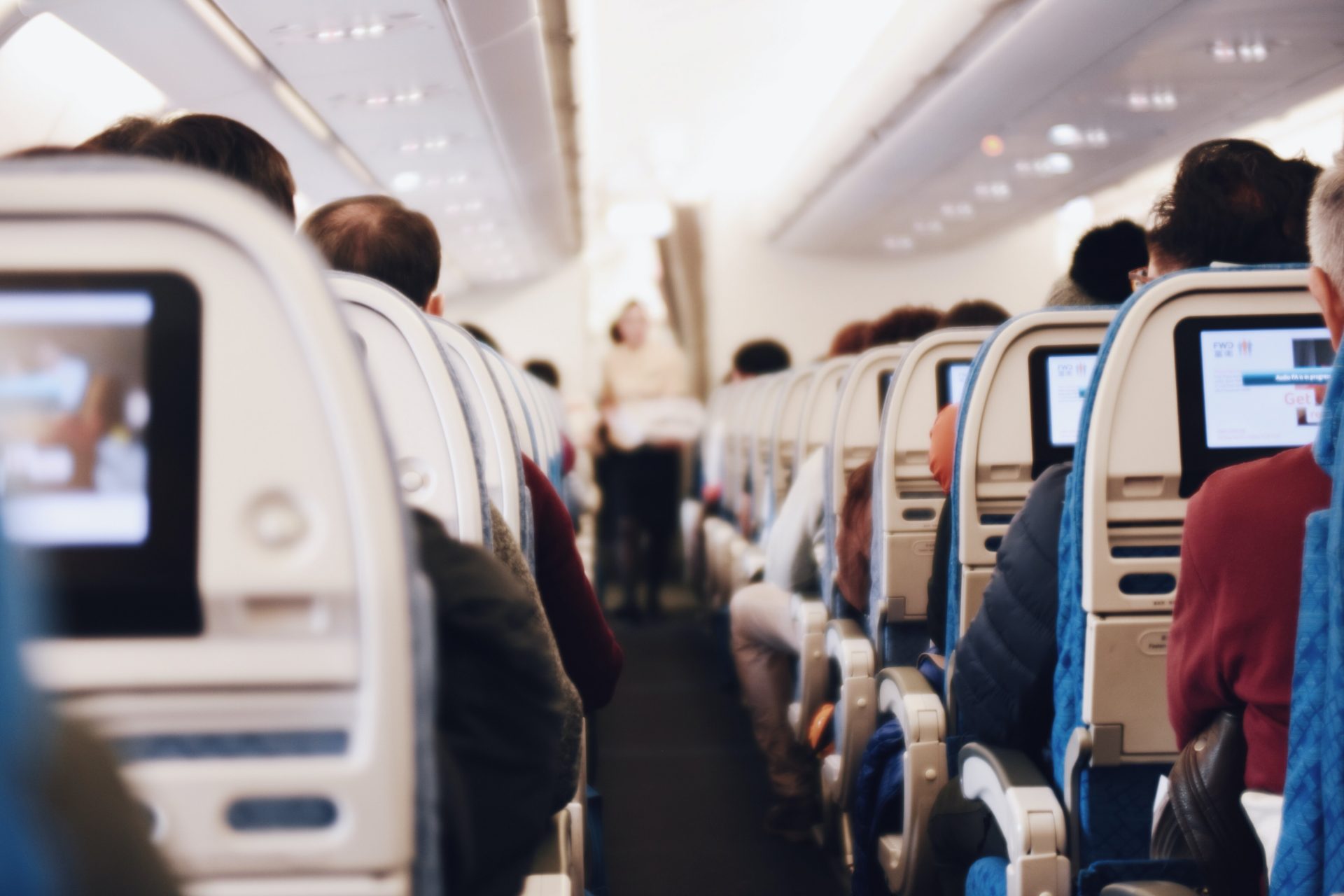 How to survive long flights in economy is a million-dollar… 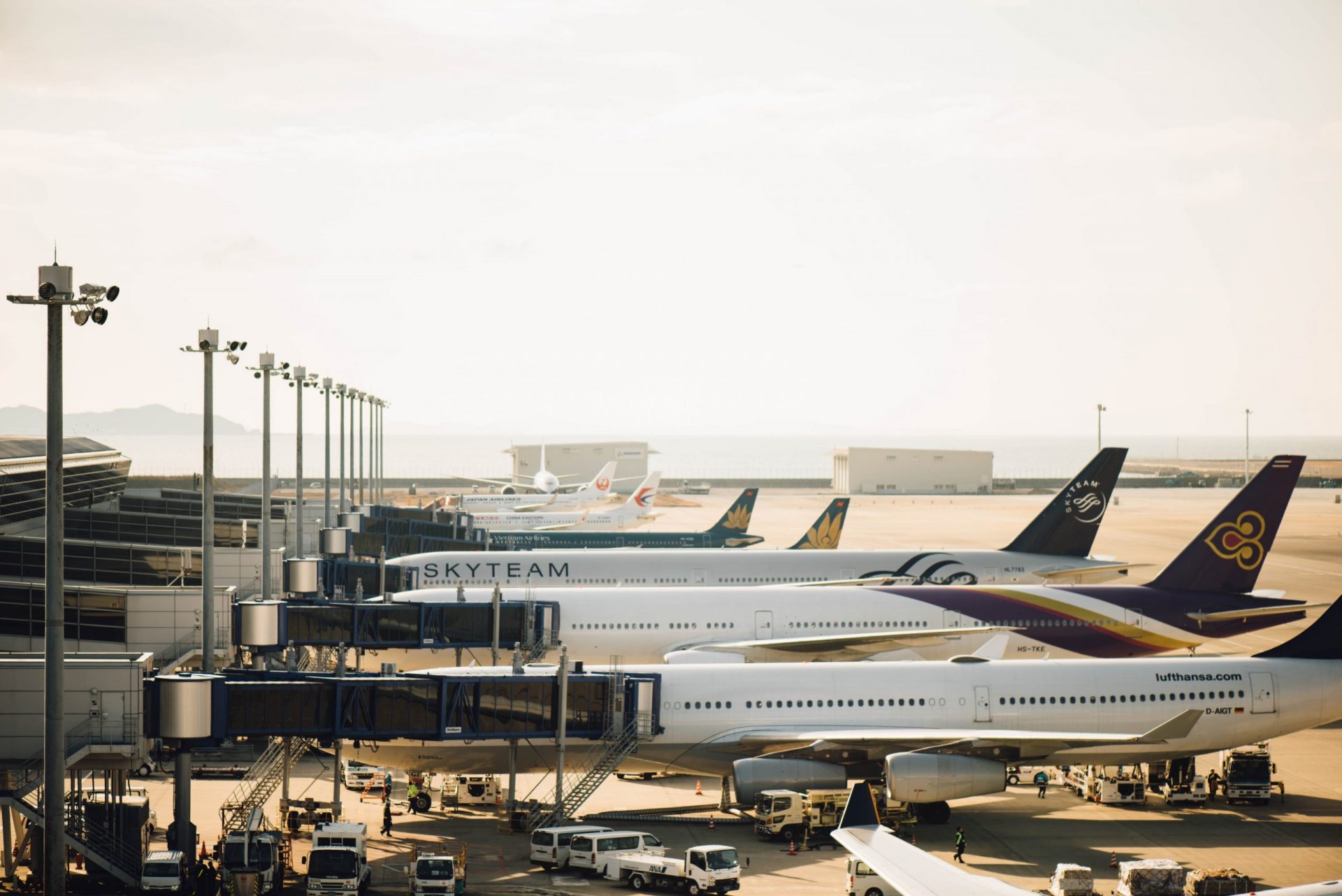 Booking flights can be a disappointing hassle. With consistently fluctuating…