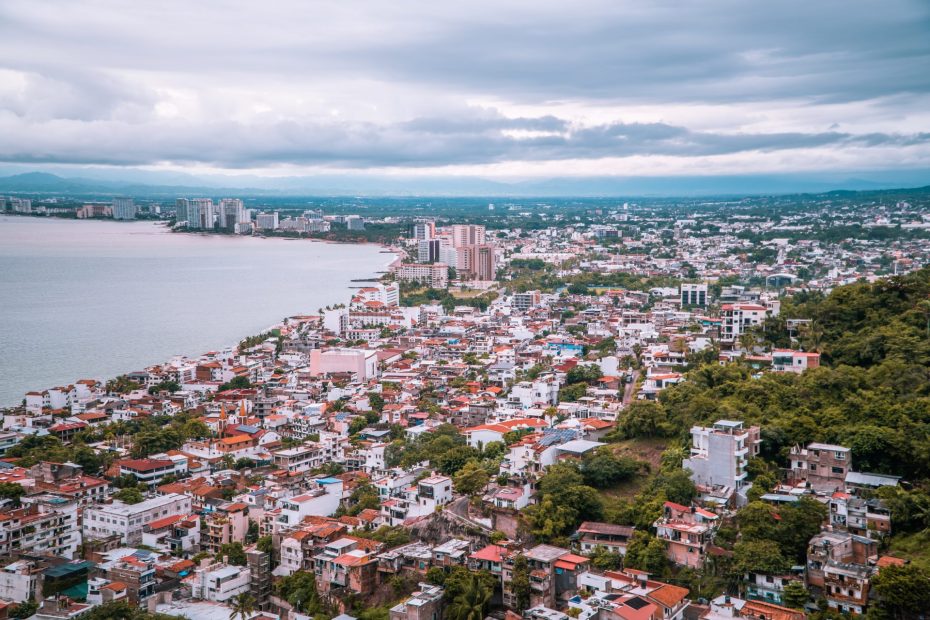 Puerto Vallarta is one of the most popular resort cities on Mexico’s Pacific Coast. It’s also an excellent destination for remote workers, thanks to its laidback vibe and high levels of infrastructure. Better still, unlike other Mexican resort cities, Vallarta kept most of its authenticity and still feels like Mexico. On this basis, here is a complete Puerto Vallarta digital nomad guide.

Welcome to Puerto Vallarta: a Great Mix Between Tourism and Authenticity

Puerto Vallarta is located in the state of Jalisco, around five hours by car from Mexico’s second-largest city, Guadalajara.

The city’s history started in the early 19th century when several fishing villages grew together to form an agricultural and mining port.

In the 20th century, Vallarta became a municipality and started to grow in every direction. The first tourists came to the city in the 1950s, and its popularity grew steadily from there.

Today, Puerto Vallarta has several areas that cater to different kinds of people.

The Historic Center (Centro) is where Mexican families like to spend their holidays. In this context, the center looks and feels authentic.

The Romantic Zone (Zona Romantica) is famous for its popularity among LGBTQ travelers. The area also has charming beaches and a buzzing nightlife scene.

Other more authentic areas are Cinco de Diciembre and Versalles. They offer lots of accommodation choices if you’re on a budget, but they are further away from the heart of the city.

Vallarta is one of the best places to live in Mexico as a digital nomad for various reasons: Where to Stay in Puerto Vallarta as a Digital Nomad

If you’re moving to Puerto Vallarta as a digital nomad, the best area to stay in depends on your preferences.

Personally, Centro is my favorite area to stay. It has the best local restaurants, authentic Mexican architecture, and it’s located strategically between the nightlife of the Romantic Zone and the resort vibes of the Hotel Zone. Centro also has the Malecón, Vallarta’s gorgeous beach promenade.

If nightlife and beaches are your priorities, the Romantic Zone is your best bet. You’ll have beaches and lots of bars and clubs at your disposal here.

Finally, the Hotel Zone is the most touristy part with countless hotels and shopping centers.

If you stay away from the Hotel Zone and tourist-orientated restaurants, Puerto Vallarta is super affordable. Here is one month of digital nomad expenses:

As a rule of thumb, the more touristy activities and meals you have (avoid the restaurants on the Malecón), the more you’ll spend. All in all, 1-1.5k USD is a realistic budget for any Puerto Vallarta digital nomad. The offer of coworking spaces and nomad-friendly coffee shops in Puerto Vallarta is extensive. You’ll also find an old-fashioned internet café here and there.

Here are a few recommendable choices with high-speed internet and a relaxing ambiance:

The Best Things to do in Puerto Vallarta

Aside from the top things to do in Puerto Vallarta, don’t miss out on the surroundings, where you’ll find some of the beaches and authentic villages in the region.

Stroll Around the City’s Famous Malecón

No matter if you’re a Puerto Vallarta digital nomad or just visiting for a few days, the Malecón is a must. Especially at sunset, the center’s seaside promenade is one of the most romantic places for a stroll.

The restaurants and bars here are more expensive than a few blocks down the road, but you’ll have the plus of looking straight at the Pacific.

Head to the Best Beaches in Puerto Vallarta

Los Muertos is arguably the best non-hotel beach in the center/Romantic Zone.

There are, however, more pristine beaches outside of the city’s core. Head to Las Gemelas (20 minutes by car) or Conchas Chinas (15 minutes by car) for secluded beaches close to Puerto Vallarta.

To catch the best views of Puerto Vallarta, ascend to the top of the Cerro de la Cruz Viewpoint. Located just four blocks from the Malecón, the hike is steep, but the views are undoubtedly worth it.

Check out the Beautiful Cathedral

Built between 1930 and 1940, the Church of Our Lady of Guadalupe is one of the most beautiful older buildings in Puerto Vallarta.

They hold masses every day, and you can see locals attending the ceremonies before eating in one of the many local restaurants nearby.

Learn About the City’s History in the Naval Museum

Vallarta doesn’t have many museums, but the Naval Museum (Museo Histórico Naval) is worth a stop. Located in a colonial-style mansion, the museum explains the history of the city, complete with model ships and temporary exhibitions.

Many day trips from Puerto Vallarta are recommendable, but the following three are a must if you have some time to explore the surroundings.

The Marietas are a stunning island group in a nature reserve. They are famous for the “Hidden Beach” inside a cove. It’s an excellent snorkeling location, but the tours change according to the weather.

The next recommendable day trip is Sayulita, a beach town that’s becoming more and more popular in the state of Nayarit. Located around 1.5 hours by bus from Vallarta, Sayulita rose to prominence thanks to its laidback vibe.

Buses leave from Walmart in the Hotel Zone every hour. You could easily spend a few nights in Sayulita, but it’s also doable on a day trip.

Finally, Yelapa is a remote jungle beach town that’s only accessible by boat. It has a lovely beach and some excellent fish restaurants as well as few hotels and guest houses. You can get there on a one-hour boat journey from the pier in the Romantic Zone. Here are a few tips for Puerto Vallarta digital nomads that also apply to other Mexican resort cities.

You can buy a SIM Card at every OXXO convenience store. They have their own brand, and you pay 200 MXN (~10 USD) for one month of mobile data. Alternatively, Telcel is another recommendable brand. Both use the same network, and the coverage is generally decent.

Internet speed varies heavily in Puerto Vallarta. You can find world-class internet in some co-working spaces, coffee shops, and Airbnbs, but it’s hit or miss. Always check with your Airbnb host to avoid unpleasant surprises.

The Best Time to Travel to Puerto Vallarta

When it comes to tourism, Vallarta’s high season is from January to March. Those months have the lowest levels of heat and humidity but also the highest prices. It’s also the whale-watching season.

April to June is the shoulder season, with heat and humidity starting to rise. You’ll find great deals during these months but also a bit of rain.

July to September is the rainy season, but don’t let that deter you from visiting. The rain mostly comes in short bursts in the late afternoons or evenings. The prices during this period are lower, and there are fewer tourists. One thing to note during these months is that the streets often fill up with water. As such, it’s best to wear sandals at all times.

Finally, October to December is the second shoulder season. Prices, heat, humidity, and tourism are similar to the period between April and June, except for Christmas, where tourism is at peak levels. Puerto Vallarta relies on tourism, and even though the state of Jalisco has a bad reputation, it’s one of the safest cities in Mexico. Use common sense, and you shouldn’t have any problems here.

Getting to Puerto Vallarta

Puerto Vallarta has an international airport with flights to several US and Canadian cities (including LA, San Diego, Chicago, New York, and Toronto). There are also connections to all major Mexican airports. Low-cost airlines like Volaris and Viva Aerobus can get you to Mexico City, Guadalajara, or Oaxaca for around 50 USD.

Pro tip: when you arrive at Vallarta Airport, walk around 500m to the left after exiting the airport and go down the footpath. You’ll arrive at a bus stop on the main road. From here, municipal buses (camiones) will take you to Centro or Zona Romantica for 10 MXN (0.5 USD). That way, you’ll avoid the steep taxi prices (between 350 and 500 MXN).

There are also bus connections with first-class companies like ADO to many Mexican cities. The bus station is in the same area as the airport.

Getting Around Puerto Vallarta

If you’re in the center, walking is the best option. The same applies to Zona Romantica.

If you’re in the Hotel Zone – or tired of walking in the heat, you can take municipal buses on the main roads (Calle Juarez in the center, Boulevard Ascencio in the Hotel Zone). These circulate between the city’s areas for 10 MXN (0.5 USD) and stop at almost every main junction.

Uber and official taxis also operate in the city, and both work well. 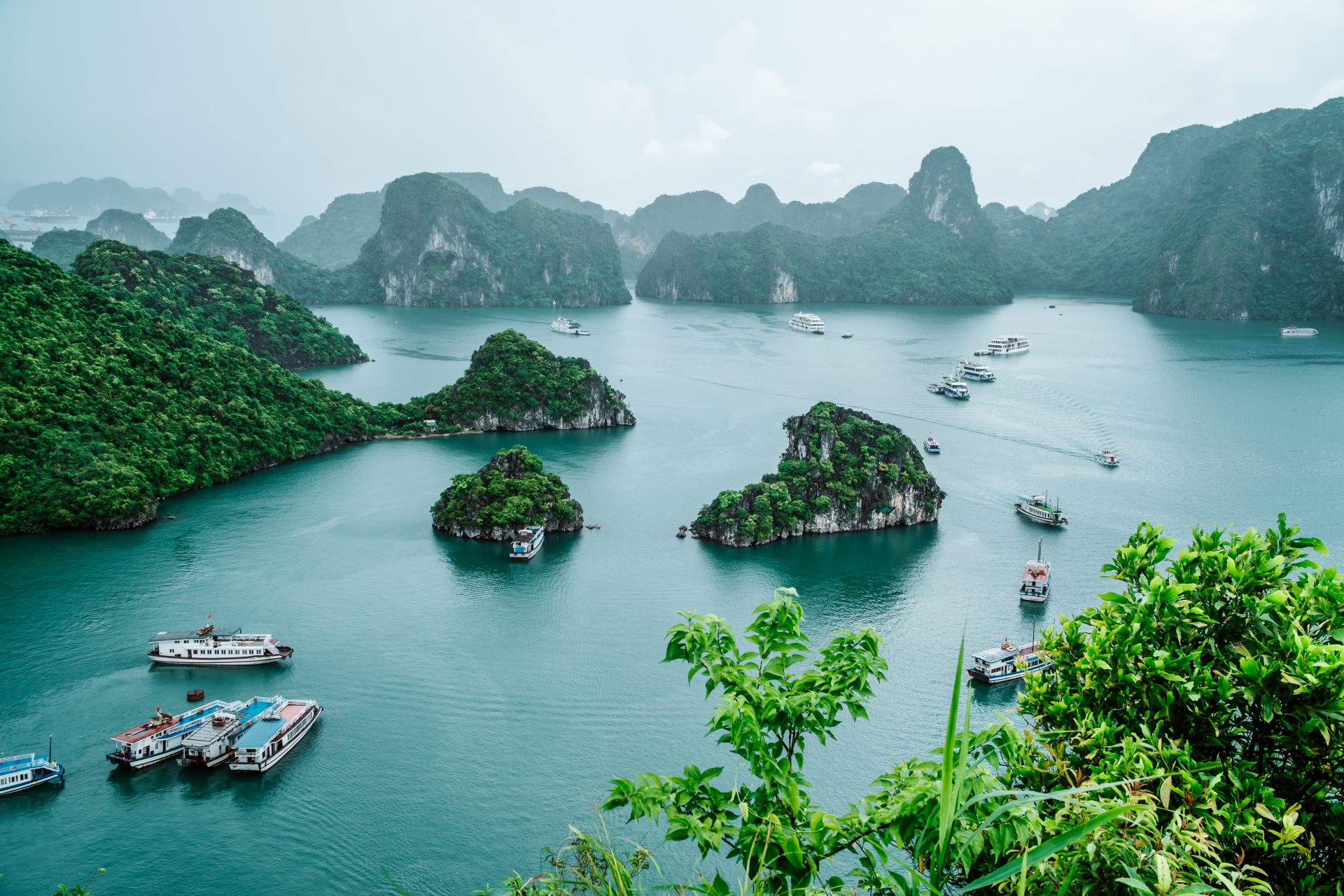 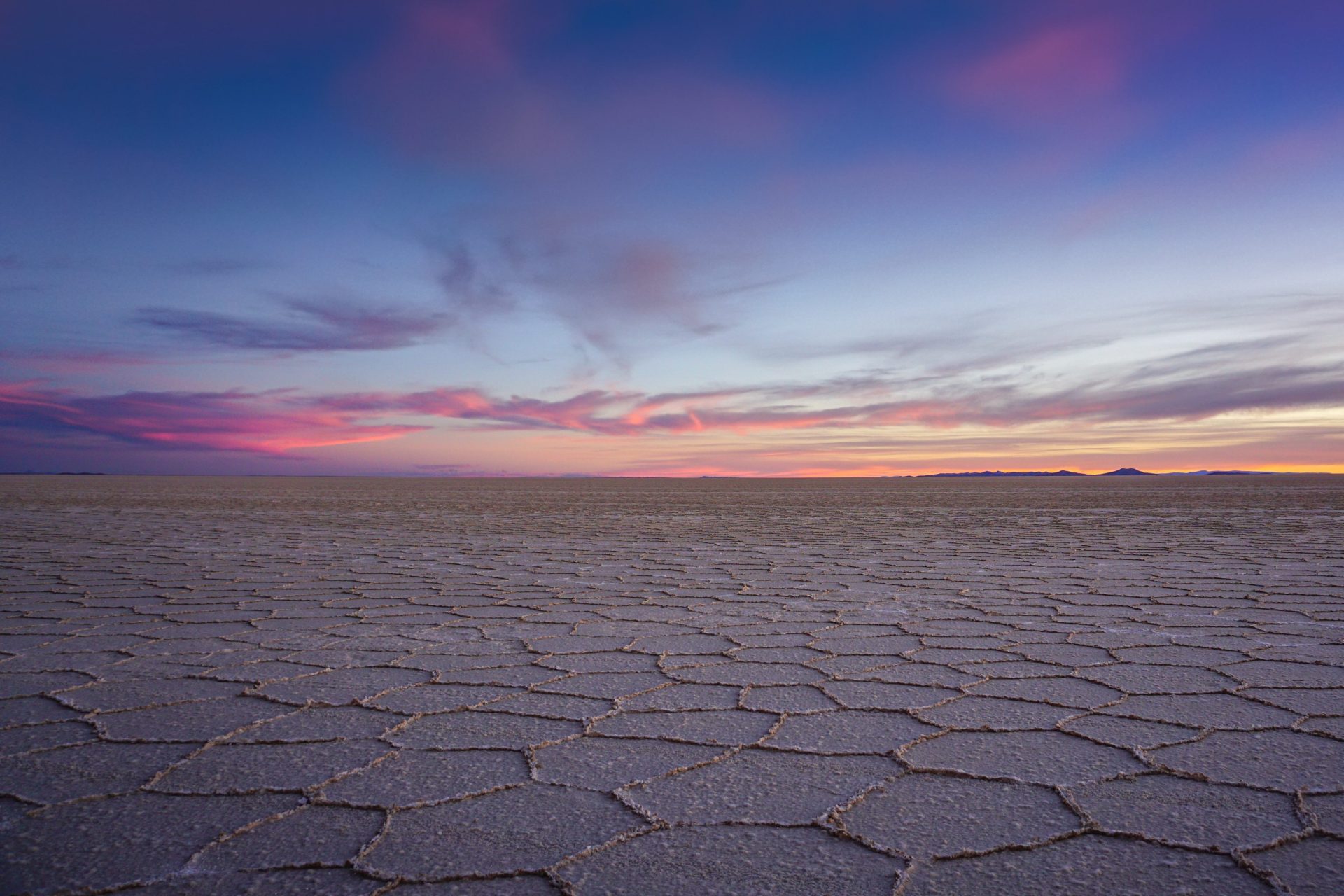 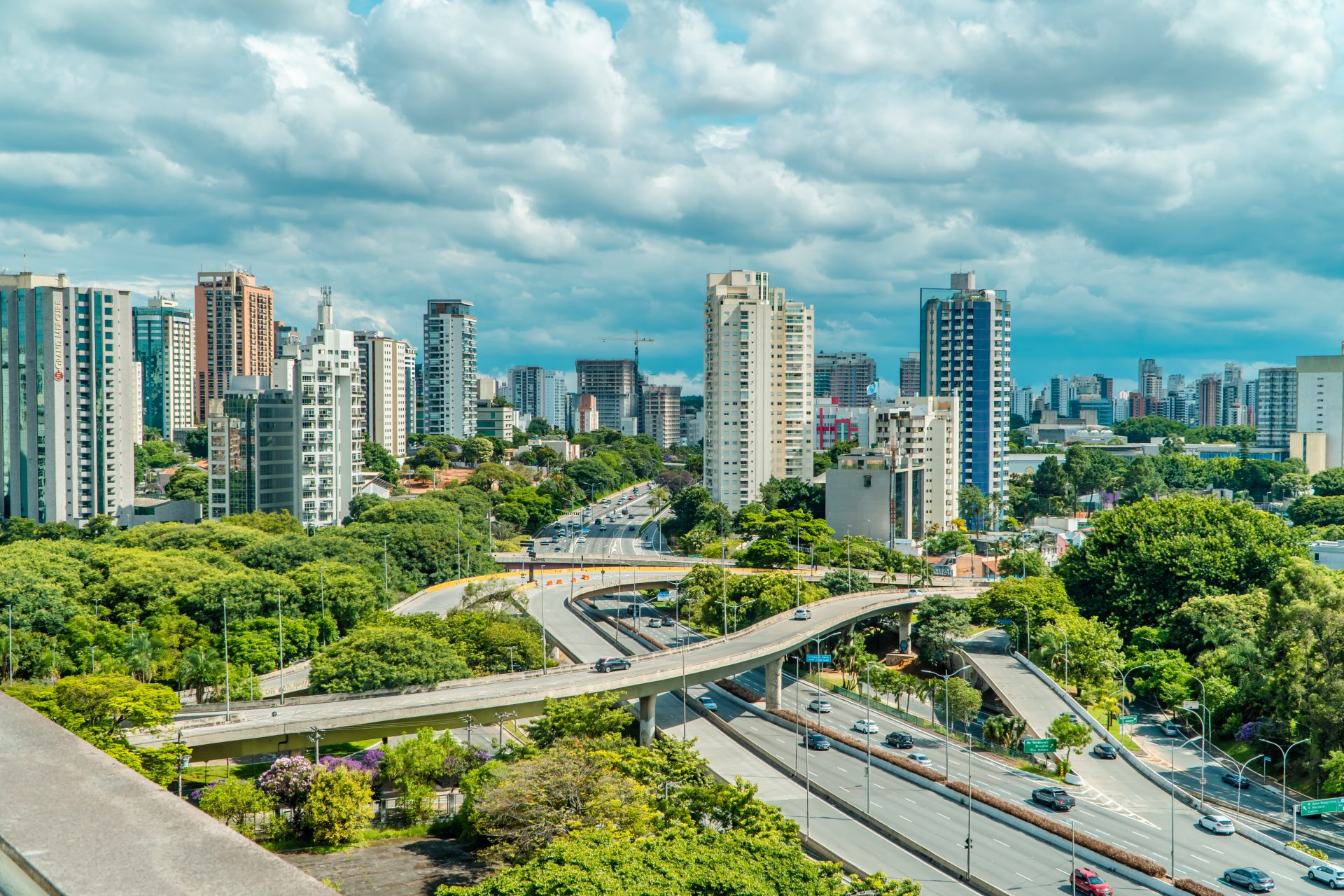