Home » What It’s Like to Visit the Chernobyl Exclusion Zone

What It’s Like to Visit the Chernobyl Exclusion Zone 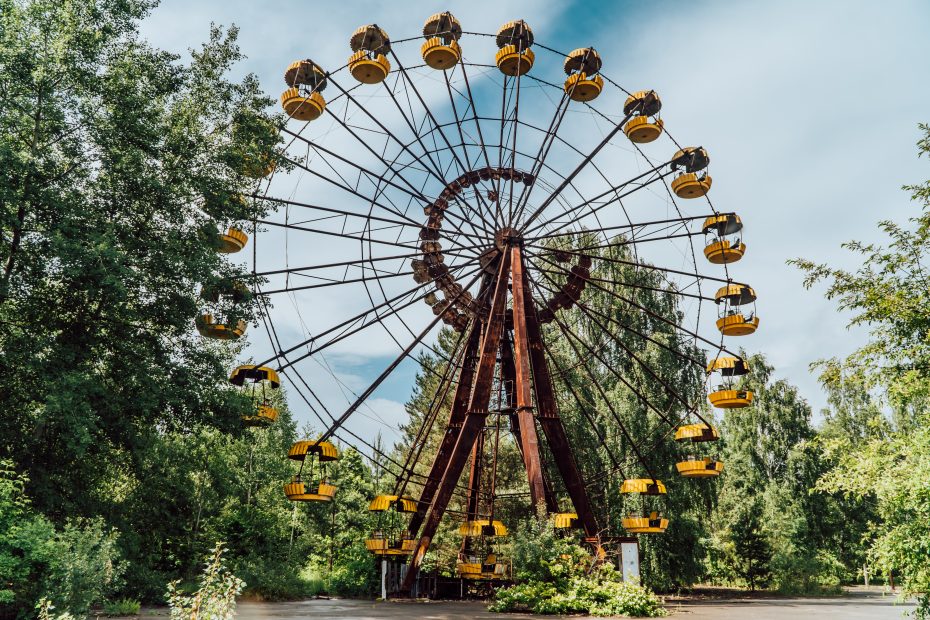 “We are standing 50 meters away from the most radioactive place on earth.” The guide’s frightening words reminded everyone that this was no ordinary location. This was Chernobyl.

Welcome to the Most Radioactive Place on Earth

You don’t need to be a nuclear physicist or Cold War historian to know about Chernobyl. The name alone signifies disaster, and the last Soviet Premier Gorbachov once called it “the main reason for the collapse of the Soviet Union.”

Chernobyl is today an eerie location. After the accident, the government defined an “Exclusion Zone,” stretching 30 kilometers into each direction from the former power plant.

In the aftermath of the disaster, over 50k people abandoned their houses in a matter of hours, and the once flourishing Soviet model city of Pripyat gradually fell into decay.

The zone (with a few exceptions) is completely uninhabitable, and you need a special permit to enter. In short, it looks like the set of a zombie movie.

For many years, it was utterly impossible to enter the Exclusion Zone as a tourist.

However, in the last decade, many novel safety measures – including a 105m (334 ft) arch over the former reactor – contained the zone’s immediate dangers, and tourism is now allowed. You still need a permit to enter, and there are numerous military checkpoints, but the experience is undoubtedly worth it.

Here is my story from inside the Chernobyl Exclusion Zone. April 26, 1986, was a dark day for the Soviet Union. At around 1 am, while most of the country was asleep, a safety test at the Chernobyl nuclear power plant in Soviet Ukraine went horribly wrong. A mere two hours from Kyiv, the worst nuclear accident in human history had just occurred.

The infamous Reactor 4 exploded – unleashing a cloud of radioactivity that swept across Europe, first reaching Scandinavia and later the western part of the continent.

At first, the 50k inhabitants of the nearby city of Pripyat – 3 kilometers from the reactor – were kept in the dark. The Soviet authorities – notorious for hiding crucial information from the public – let daily life go on as if nothing had happened for over 24 hours.

It was only on April 27 that the authorities ordered the evacuation of Pripyat and other nearby towns. And now, the Soviets realized that time was of the essence.

Children were studying Marx and Engels at school, workers were repairing Ladas, and babushkas were shopping for vegetables. Little did they know that those vegetables were 20,000 times more radioactive than the ones from a week before.

All of the inhabitants had to leave. Over 50k people got onto buses, and most would never see their native region again.

The ones who stayed were plant workers and firefighters who did their best to contain the spread by building a steel and concrete structure over the reactor. At the same time, Moscow sent in helicopters to stop the fire.

Hundreds of firefighters, pilots, and other workers died on the spot, while thousands more would later suffer from long-term radiation effects.

At tremendous cost, these heroes managed to build a steel and concrete tomb for the reactor. That first sarcophagus cemented the reactor in and stopped the radioactivity from spreading.

Without the efforts of those frontline workers, the accident’s consequences might have been far worse, especially for the rest of Europe. As such, many gave their lives to protect an entire continent.

Today, the Ukrainian government recognizes those efforts, and lots of monuments honor the Chernobyl front fighters.

In 2010, an international team started construction on a new “safe confinement” that would support and replace the original steel and concrete structure. The 105m-high sarcophagus became operational in 2016 and sealed off the remains of Reactor 4, stopping the radioactivity from spreading over the next 100 years. How to Visit the Chernobyl Exclusion Zone

Visiting the Chernobyl Exclusion Zone is relatively straightforward today. Many tour companies can arrange the permit and will handle everything from transportation to navigating military checkpoints.

I went with Solo East, and their tour was excellent. Here are some of the requirements to visit the Chernobyl Exclusion Zone: What to Expect Inside the Chernobyl Exclusion Zone

Now, let’s get to the exciting part – the apocalyptic scenes that await you inside the zone.

The Town of Chernobyl

After passing the main military checkpoint at the entrance of the Exclusion Zone, our first stop was the town of Chernobyl. The city lies around 25km south of the destroyed reactor, significantly reducing its contamination levels. That’s why some people still live here, and there are a few shops and restaurants.

The town is full of monuments and statues, making it an obligatory stop for anyone visiting the Exclusion Zone. Better still, it’s the only place inside the zone where you can eat and drink.

One of the most interesting monuments in the town of Chernobyl is a pathway with signposts for all of the region’s lost villages. Hundreds of small communities will never return, and this monument keeps their memory alive.

There are various other memorial sites, including walls with pictures of frontline workers who died in the wake of the incident. The next stop on our journey was the actual power plant. Yes, you heard that right. We went within 50 meters of the most radioactive place on earth.

Now, it’s time to answer the obvious question looming over this entire trip. Is it safe to visit Chernobyl?

The short answer is: yes, with precautions.

The long answer is more complex.

You are not allowed to stay close to the reactor for long. Despite the new safe confinement, the radioactivity here is still three times higher than in an average city. That’s why we only spent around 20 minutes next to Reactor 4, in addition to all the previously-mentioned precautions.

Seeing this place in real life is utterly bewildering. Even though the humongous 105m high-arch now covers the entire reactor, knowing that you stand next to the world’s worst nuclear catastrophe is sheer impalpable. The arch is so high that it could fit Big Ben in London or the Statue of Liberty.

The City of Pripyat

After getting a glance of the arch and the adjacent “Red Forest” (so-called because all the trees died of radiation), it was time to head into Pripyat, the region’s largest city.

It’s essential to mention that Pripyat was not an ordinary Soviet town. Founded in 1970, Pripyat was one of the youngest cities in the Soviet Union and a prime example of Soviet urban planning.

Living standards here were higher than in the rest of the country, and the city had lots of Western-style amenities that other Soviet agglomerations lacked. As such, Pripyat boasted lots of entertainment venues, fully-stocked supermarkets, leafy parks, high-rate apartment complexes, and numerous other attractions. In its heyday, Pripyat was one of the best places to live in the entire Union. It was a model city, an example of how the Soviets built a livable city from scratch that could compete with the West.

On April 26, 1986, the once flourishing town entered an irreversible apocalypse.

Everything was left to rot, and looters took what they could find before the military moved in. As such, the town still looks like it did on that fateful day.

Nature reclaimed most of Pripyat, and lots of new wildlife species – including bears, foxes, and bison – now call the city home.

We walked across an eerie amusement park, stumbled upon abandoned kindergartens and schools, checked out rusty cars inside decaying workshops, and visited the city’s rotting football stadium. The whole place is a ghost town and looks like straight out of a zombie apocalypse movie.

It’s challenging to describe the atmosphere of Pripyat, and there might be no comparable place in the world. In simple terms, it’s eerie, spooky, and amazing. The last stop on my Chernobyl tour was the secret military city inside the Exclusion Zone, also called “Chernobyl II.”

The area was off-limits to ordinary people for decades, and the Soviets kept it a secret. The site had one of the rarest military structures in the world, an “over-the-horizon” radar.

It was one of only two structures of its kind in the Eastern Bloc and could detect missiles and other attacks from thousands of miles away. As such, it was a powerful weapon on the Western edge of the Soviet Union.

As with everything inside the Exclusion Zone, the radar became unusable due to radioactivity, and it’s now decaying.

After seeing Pripyat and other places in the Exclusion Zone, Duga was a worthwhile endpoint and a unique example of over-the-top Soviet military architecture. What’s it like to visit the Chernobyl Exclusion Zone? It’s fun, adventurous, but also educational.

As our guide concluded, the purpose of taking travelers into the Zone is to show the world what can happen when humans make mistakes – and when corrupt regimes cover them up.

It’s, however, also an incredible experience to see authentic ghost towns and places that have remained untouched for more than 35 years.

Aside from that, observing nature reclaim areas in real-time is another reason to visit the Chernobyl Exclusion Zone. If you’re a photographer, there are few comparable places globally, making Chernobyl a must on any Eastern European adventure.

Most of the buildings will collapse at some point, and no one will rebuild them. In the future, Chernobyl might become a wasteland. That’s why now is the ideal time to visit.

Finally, it’s essential to remember the people who gave their lives to contain the radioactivity. They didn’t receive the fame or status of famous soldiers, for example, but their sacrifice was equally critical. 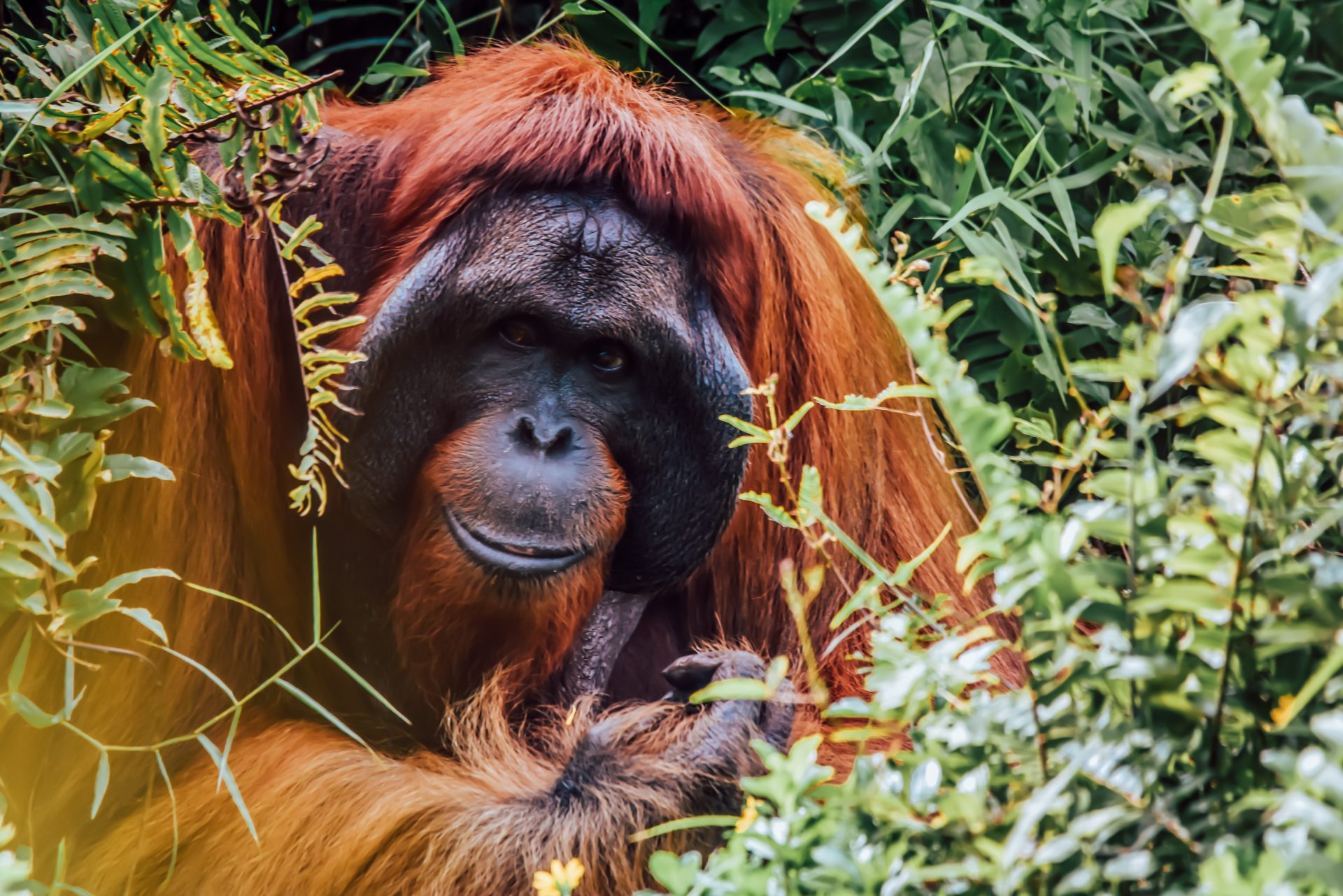 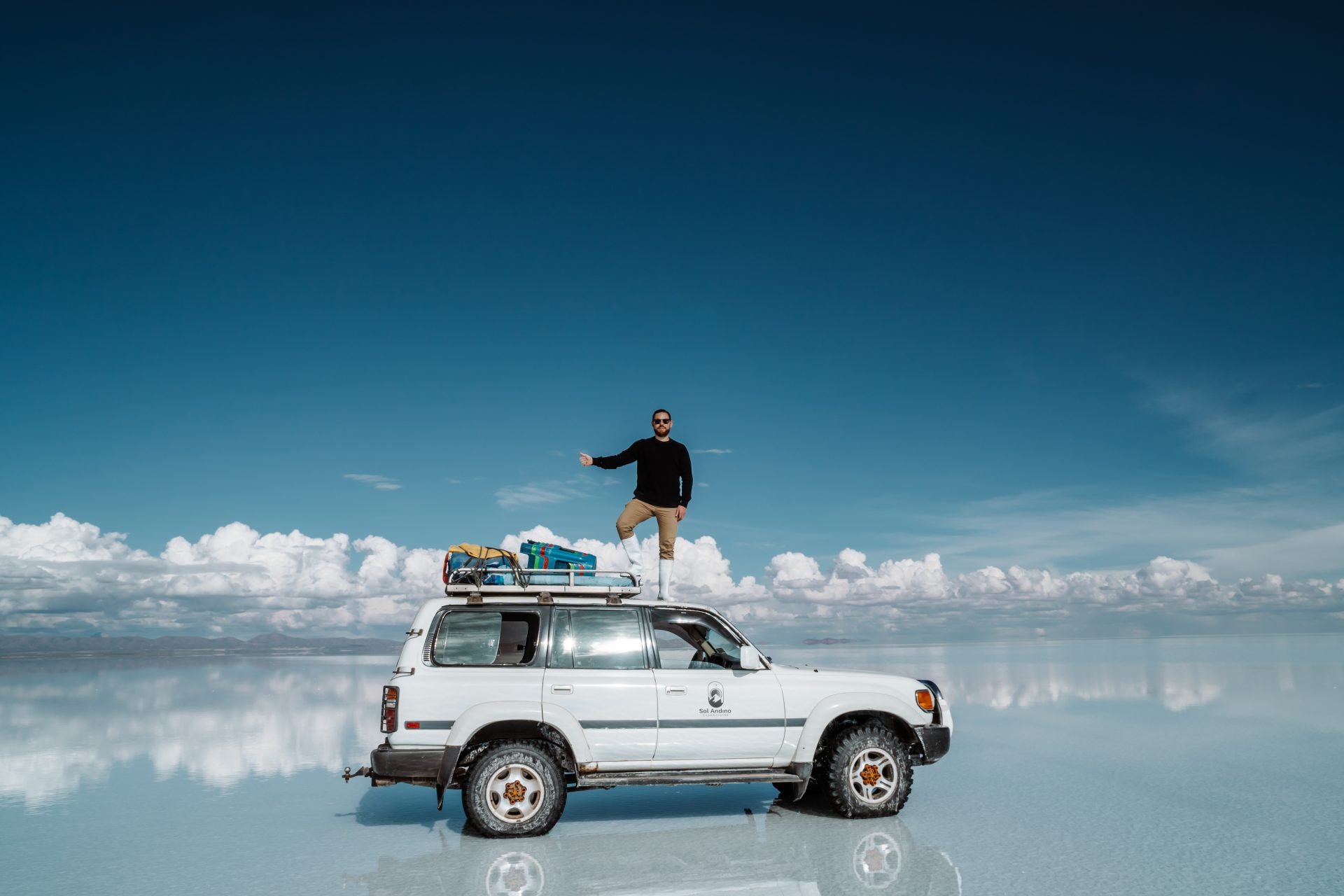 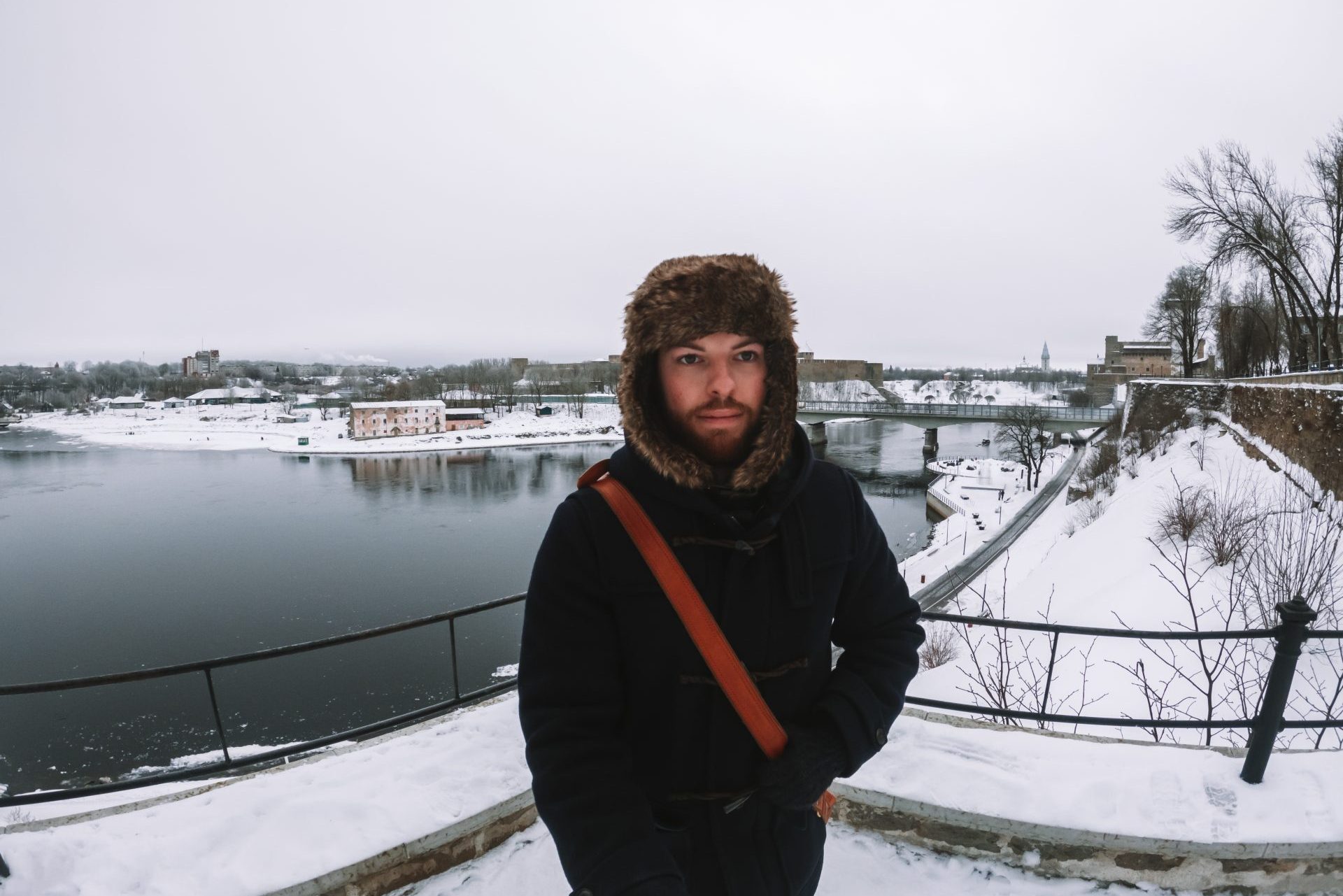